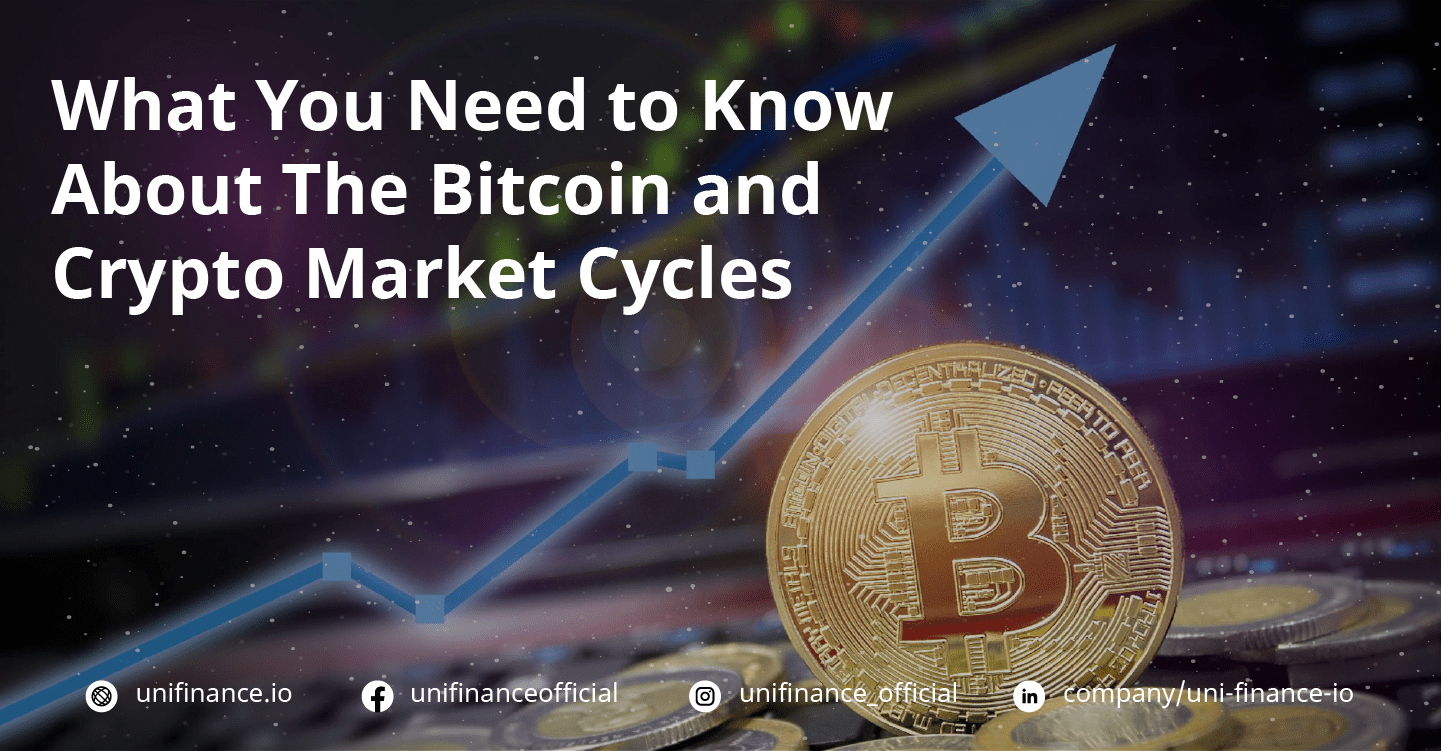 A market cycle is a natural advent in any market. The cryptocurrency world is highly volatile and it is important to understand. Just as there is a pattern used in psychology, statistics, graphics design, and the stock markets, there is also a pattern in the cryptocurrency world. This pattern repeats time and time again across all markets. Once a cycle is completed, the next one begins.

The accumulation phase is either the start of a new project or the ending of a prior phase where the market has already bottomed out. At this phase, valuations are very attractive, and general market sentiment is still bearish.

Refers to the phase when the market begins to move to higher highs at an increasing rate. At the beginning of this phase, technical analysts pick up on these projects and it is around this point the early majority enter the market.

This is the time when the market direction has become clear and overall market sentiment has changed to optimistic.

The third phase of the market cycle is characterised by the dominance of sellers. The bullish sentiment of the previous stage mellows to a mixed sentiment. Prices typically hover within the same trading range, which in some cases can last for months.

As this marks the peak of the market, it’s a period overrun by emotions of fear, greed, and hope. Early investors are undecided as to whether or not to sell and take profits. Sentiment starts to turn negative, and an adverse geopolitical event or bad economic news can hasten this change.

The fourth and final phase in the cycle is the most painful for those who still hold positions.

Psychologically, this is also the most difficult point for investors as they either are not aware of the permanence of market cycles or choose to ignore them, resulting in either selling too late or not selling at all.