What are Meme Coins? 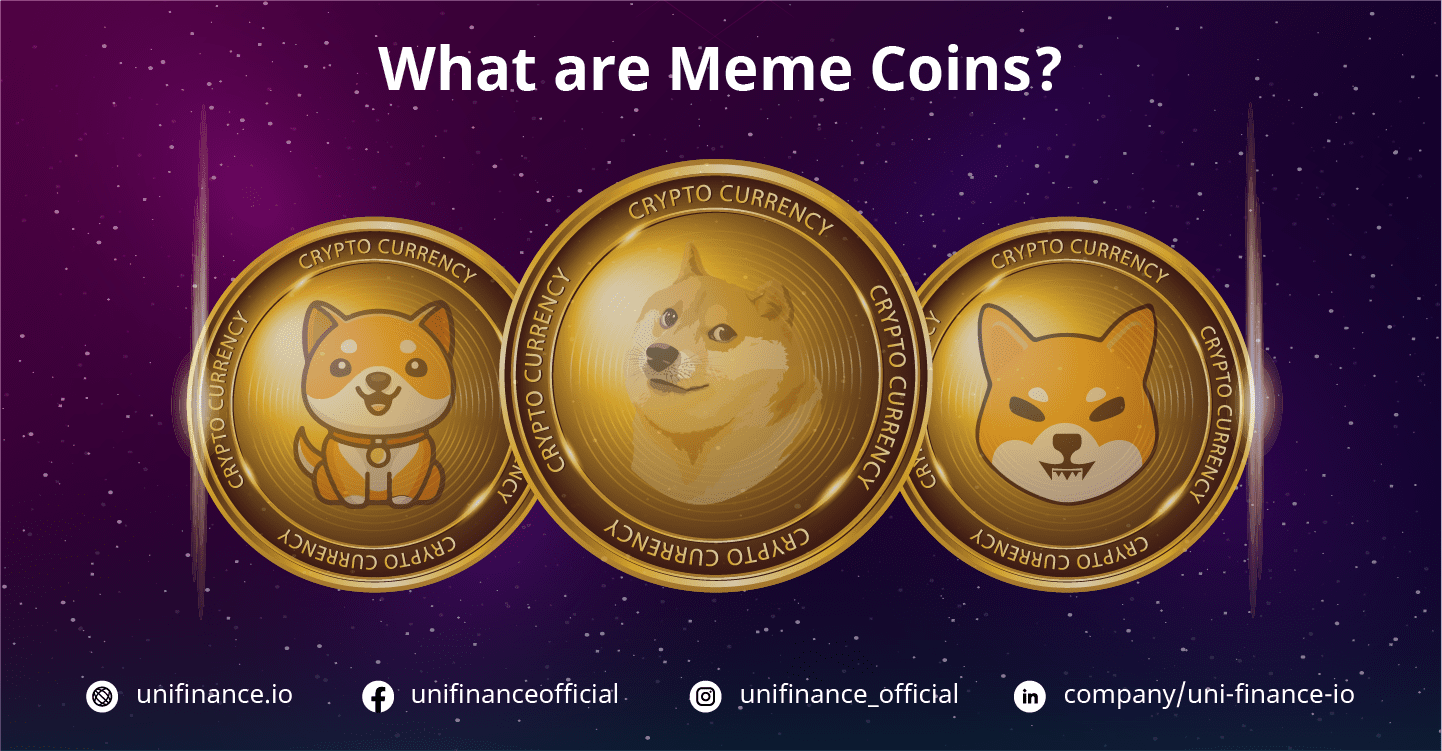 The world of cryptocurrency is rapidly evolving. Aside from Bitcoin and so thousands of Altcoins, Meme coins are getting popular. But what exactly are meme coins?

As the name implies, Meme coins are cryptocurrencies inspired by memes or jokes from the internet and social media. The first-ever meme coin created was the Dogecoin (DOGE). Dogecoin was launched as a parody in 2013 adopted from the popular Doge meme of a Japanese Shibu Inc dog.

Meme coin is also used to imply the belief that the coins can be short-lived or are likely to lose value after initial activity. And since these coins are created as a joke, they should not be taken seriously. But many people believed that meme coins will have a higher value in the future or might even be the next big cryptocurrency due to the high interest of people in these types of coins.

Characteristics of a Meme Coin

Meme coins can be popular overnight due to endorsements and FOMO. And as easily it can get popular, meme coins can slump as soon as traders shift their attention to new meme coins.

Unlike Bitcoin, meme coins often have billions in circulation. Meme tokens do not have a coin-burning mechanism and the huge supply explains their relatively low prices. With just USD 1, you can buy millions of meme tokens.

Meme coins have tremendous growth in 2021 but keep in mind that just like any other cryptocurrencies, trading and investing in meme coins have high financial risks. In whatever investment, it is vital to do your own research before you risk your hard-earned money.