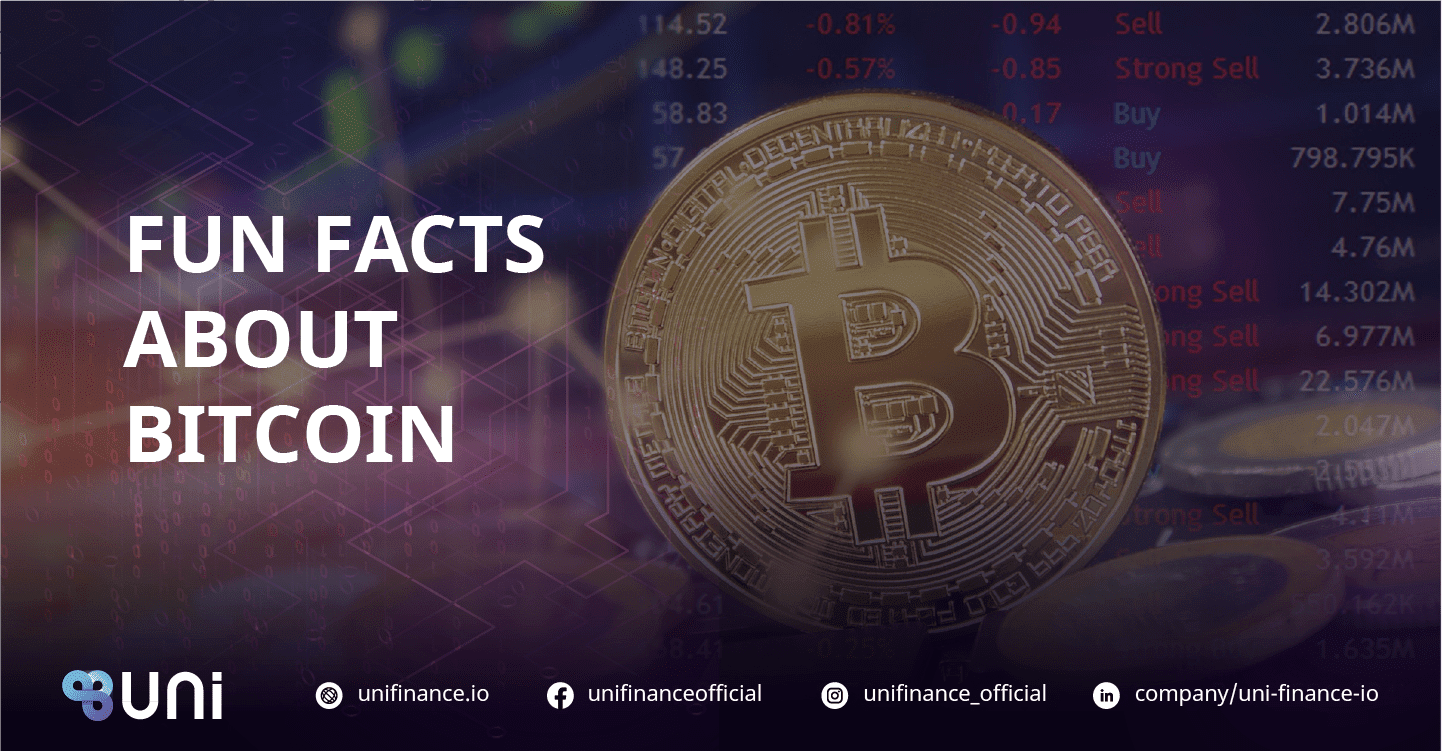 When we talk about cryptocurrency, it’s impossible not to ever think of Bitcoin. After all, Bitcoin is king when it comes to digital currencies. Aside from its huge market value, Bitcoin comes with many fascinating facts that most people don’t know about.

1 ) The first Bitcoin purchase was for a pizza.

On May 22, 2010, an American man named Laszlo Hanyecz was having a hard time. All he had left was Bitcoin that no one had heard of at the time. He exchanged 10,000 BTC for Papa John’s Pizza. This was the first official documented purchase of goods using bitcoins. At that time, the worth of 10,000 BTC was $41. Imagine what he could have bought with 10,000 BTC with the current value of Bitcoin.

Did you know that man accidentally threw 7,500 Bitcoins stored on his hard drive? James Howells, an IT engineer from Newport, Wales, said he mistakenly put a hard drive with 7,500 bitcoins in the trash while clearing out his home in 2013. He only realized his loss when he read the news that a Norweigan man made a fortune by buying BTC at a low price. He searched his hard disk but was not able to find it.

Without the private key, the funds are lost forever and no one can use them just like what happened to Howells. To date, it is estimated that around 25% of all Bitcoins have been forever lost.

Bitcoin is limited in supply and there will only be 21 million Bitcoins to be mined and it is estimated that the last BTC will be mined in 2140. On average, these Bitcoins are introduced to the Bitcoin supply at a fixed rate of one block every 10 minutes. When Bitcoin reaches its supply cap, block rewards will vanish, and miners will depend on fees from transactions occurring on the cryptocurrency's network for revenue.

While the whole world knows that Satoshi Nakamoto was the creator of Bitcoin, he totally vanished from the online world in 2010, just a year after Bitcoin was introduced. However, the paper that talked about the protocol was released through a cryptography mailing list and the actual author remains anonymous. No one knows if he is still alive. The only communication people had with him was through emails and forums.

His Bitcoin wallet holds around 980,000 Bitcoins, which makes him one of the richest people on the planet.

5 ) Bitcoin Network Is Faster Than Supercomputers

The world’s fastest supercomputer, the Summit, works at 122.3 petaflops, which is a quadrillion floating-point operations per second. If you look at the entire Bitcoin network, the processing power is about 80,704,290 petaflops.