Crypto Slangs You Need To Know 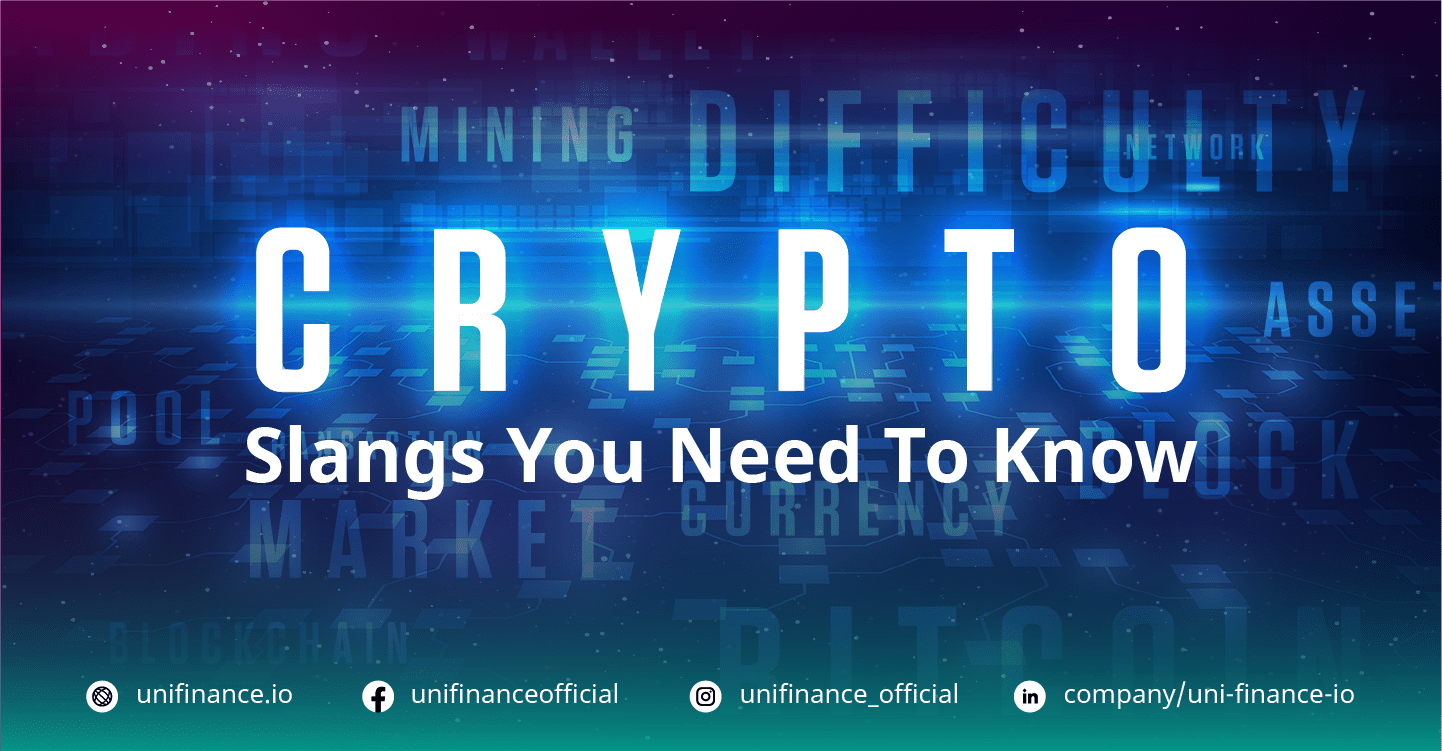 Ever since Bitcoin launched in 2009, cryptocurrency has become an exciting technology that many people would like to try. As a newbie in the world of cryptocurrency, you might encounter technical jargon and acronyms that you are not familiar with.

Just as cryptocurrency is an interesting technology on its own, the terminologies and phrases with clever meanings make it even more exciting. Some of these slangs were used as jokes in trading chat rooms and social media but are now important terms in the crypto frenzy.

We have listed the top 5 crypto slangs every beginner should know.

The acronym for “fear of missing out”, FOMO refers to a psychological state in which an investor feels a combination of panic and envy for not having an active position in a powerful market move from which others are benefiting.

"HODL" originated as a misspelling of "HOLD" in an online post by a Bitcoin investor. It has gained popularity and has come to mean "hold on for dear life". This means that a trader needs to restrict themselves from selling the cryptocurrency token, even in extremely volatile times in terms of its value, or literally holding on to that specific cryptocurrency.

FUD is an acronym that expands to “Fear, Uncertainty, and Doubt”. It refers to a general mindset of pessimism about a particular asset or market and spreading doubt about a particular token or project in an attempt to manipulate prices downward.

It simply means that a cryptocurrency's valuation is “going to the moon” or experiencing a significant spike in price and volume.

KC stands for "know your customer” and refers to a financial institution's obligation to carry out certain identity and background checks before allowing them to use its product, services, or platform. This is in line with the regulations around the globe to address the issue of money laundering.